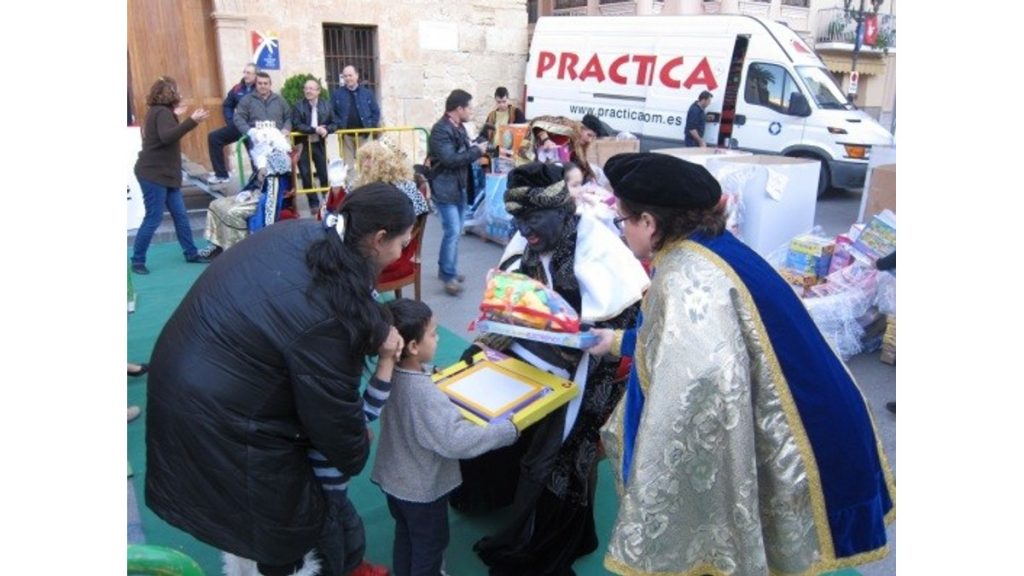 A group of companies from Lliria has made delivery of toys and free vouchers to Christmas fair attractions installed in the Plaça Major to 400 children from low-income families in the municipality during the afternoon of January 4, 2014.

Firms located in the town, including Sanz Family Foundation, participated in this fundraising initiative so that these children can also enjoy gifts this holiday season.

For this reason, the City of Liria has organized, in collaboration with local entrepreneurs, a children’s party solidarity for all children in the population. They have distributed more than 1,500 snacks among young attendees, and all draw between about one hundred different products yielded by these companies, and performed a live performance of children’s entertainment. Similarly, were the Kings themselves which gave toys to 400 children.

Mayor Manuel Izquierdo thanked businessmen “this gesture of solidarity with the children of the poorest families of Liria, which adds to the toy solidarity campaign that promotes every year the City Council itself, so that no child is left without a gift at Christmas.”

From Sanz Family Foundation we thank the City Council for this opportunity Lliria in which we can contribute our bit to the joy of children and families in the community where we carry our operations.

Grupo Sanz is a member of the  European Sprayer Manufactures Association, ESMA

Use this form to find things you need on this site

Notice about the use of Cookies on this web page

This website uses cookies to improve your experience while you navigate through the website. Out of these, the cookies that are categorized as necessary are stored on your browser as they are essential for the working of basic functionalities of the website. We also use third-party cookies that help us analyze and understand how you use this website. These cookies will be stored in your browser only with your consent. You also have the option to opt-out of these cookies. But opting out of some of these cookies may affect your browsing experience.
Necessary Always Enabled

SAVE & ACCEPT
Go to mobile version